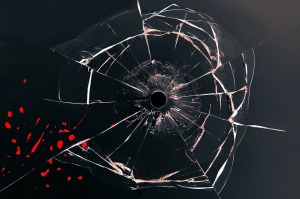 He threw everything everywhere in frustration.

“What’s wrong?” his secretary asked in annoyance. It wasn’t the first time this happened since the incident

“Look! So many damn patients… Okay look, one has a severe pH imbalance, another has psychosis, and another has a goddamned UTI… and no connections to anything! I spent over a week, a freaking week trying to figure out how they were connected to the massacre from the apartment complex over on Third Street, but nothing.”

She went over to analyze the documents.

“Well, you’re in luck. Big man upstairs has a little mission for you. Go to the house on Main.”

As Dr. Murabatt left his office of the medical wing of the precinct, a sense of relief washed over his body. The creases that covered his face relaxed and began to soften. Who knew that handling all the serious and morbid cases of his hospital district over to the police and finding some connection to crimes would be this stressful? He grabbed his black coat and stepped into the snow, submerging his loafers in the ice crystals. The ice melted around his feet and water seeped into the base of his khaki pants, darkening the color of the cuffs.

He walked up to his 2004 black Honda Civic, opened the door, sat in the driver’s seat, and closed the door. He slumped into the seat and sighed.

What time is it?

He pulled out his blue Nokia Lumia 3600.

I really need to get a new phone with a better color. Blue isn’t for me.

He opened up the glove compartment and took out a pack of Zig-Zag rolling paper. Then he reached under his seat and found his weed bag, already ground. He still examined the supply for any stems. None in there. He set up the paper, sprinkled the herb inside, rolled it, lit it, and absorbed the grape flavored smoke.

Some doctor I am, smoking a fucking jay and helping with incarcerating people who do the same. They should just legalize it, doesn’t hurt anyone. Shit.

He turned on the car, plugged his phone into the stereo system, and hit shuffle.

“America’s nightmare; young, black, and just don’t give a fuck
Run up in the courtroom and wet ’em up
Got nothin’ to lose but my handcuffs
Every man must choose to lay down or stand up”, M1’s deep voice spoke into the car.

He pulled out of the parking space and headed to the scene. Then he looked to his right and noticed his daughter’s little book on cats on the passenger’s seat.

He also noticed the jigsaw puzzles beside it.

He drove to a nearby McDonald’s and parked there. He picked up the book and the puzzle and buried his face in them. His eyes began to burn but all the smoke was gone. The irritation grew stronger. The burn grew in intensity. Then, relief.

I can’t, I just can’t anymore… I miss them too much.

He felt it calling him. Its whispers soothed his pain and offered him comfort. It promised to end his immense agony in a second. It promised to reunite him with his children. He was tempted past the point of reason. He reached for its cold handle, placed its mouth on his forehead, and made his final thought.

Eric Aragon recently graduated from Thomas Jefferson High School. He lives in Dallas, TX. He writes because it’s a release. He releases his view of a world that’s different, that doesn’t really fit with what most people see. He wants to expose to people that what they think they know may not be real or right, that what they’ve been told can be challenged, that there are monsters inside anyone and everyone, and that not everything called “evil” is evil.