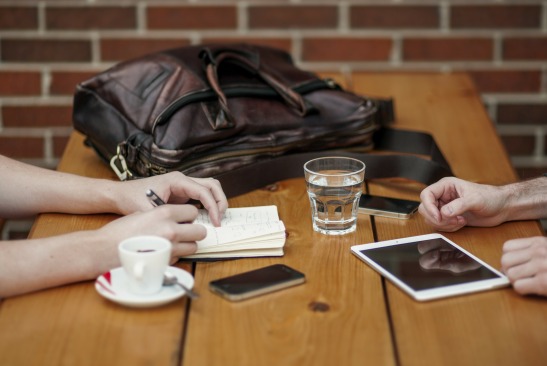 What the hell is in this coffee? It tastes like dirt steeped in gasoline. I knew I shouldn’t have ventured from the safe embrace of the Starbucks next to my apartment complex. Stupid, stupid, stupid. I’m surrounded by hipsters clad in chelsea boots and scruffy beards. You just know they all use seven different types of beard oil every morning.
I just want to finish my essay and get out of this cafe. This stupid class is gonna kill me. Intro to stupid Environmental Studies. I thought that this class was gonna be about making sure you put plastics in the red bin and paper in the blue? Or is it the other way around? I’m gonna fail this course. I swear, the soft lights strung across the walls are close to falling into my drink and electrocuting me. I’ll sue, I don’t care. I need to stop procrastinating. Honestly, what the hell is an ecologically sensit-

Which flannel wearing lumberjack knocked over my eight-dollar coffee? Oh yeah, you better be sorry, you waste of space. The buffoon couldn’t be bothered to lug his crossfit loving body out of my way. The nerve of some people, honestly.

Hello genius! I’m motioning to my damn ears! I’m using sign language for the love of God! Wipe that confused expression off of your face! Aaah, there comes that beautiful wave of realization on your moronic face.

Honestly, who randomly walks up to someone and taps them on the shoulder? I could’ve died of a heart attack or a stroke or a-

It’s okay, honestly! You don’t have to buy me anything!

I hope this guy can understand my violent head shakes and hand movements. I must look insane to everyone else in this place. Dude, were my hand movements not clear enough? I said no! Now the idiot is going to buy me another horrible drink. I wonder what disgusting combination of matcha and protein powder this guy will cook up. Wipe that dumb smirk off of your face, weirdo. Why is this guy taking so long to pick this drink? He’s squinting his eyes like he’s staring into the sun. Buddy, you’re two feet away from the sign. Who knew gym rats could have zero sense of coordination?

Thank you so much!

The drink he brought me doesn’t seem that disgusting. At least it’s pretty I guess. Mhmm, tastes okay. I guess buffoon boy is trying to make conversation now. Not interested pal.
Yes, the drink is great!

Okay this is just not gonna work. Man, I can’t speak, and you can’t sign. This conversation probably looks ridiculous. I can tell the dolt is speaking louder and louder, like that is really gonna help. What a genius. I’m not even signing anymore; I’m literally using normal human gestures. Has the guy ever seen a thumbs up before? Oh shoot! Lemme grab a pen from my bag and just write to the guy to thank him for this not half bad drink.

Thank you so much for the drink!
Why does this guy look as confused as I felt in math last year? His face is turning beet red. Did I misspell something, or is this guy just illiterate? He looks like he runs an annoying food blog. Must be paying his writers thousands to analyze the multitude of benefits chia seeds offer. I guess I’ll just write and ask if he’s okay?

He’s staring at the page like he just saw a ghost emerge from his latte. What’s wrong with this freak? Why does he look like he’s about to reveal his deepest darkest secrets to me? Dude, we just met. I bet he’s a murderer, or maybe an amateur dog fighter? What if he has a black market organ ring? Please don’t take my intestines. He has that black market vibe, yeah, now I see it. Very mafia-esque aura coming from this guy. He could be nice. Okay, let’s give him the benefit of the doubt. Just because his arms make it look like he makes a living off of FitTea sponsorships on one of those Instagram bodybuilder pages, doesn’t mean he’s all that bad! Let’s be nice, come on Catherine.

Wait, what is this guy mumbling? He knows I have to read lips, so I don’t get how this guy could think staring at his lap is an efficient way for me to interpret what’s coming out of his dumb mouth. How can hearing people be just the most ignorant, annoying species? They’re like a whole different creature. I can imagine doing a National Geographic special dedicated to them, narrated in a thick Australian accent. G’day mates! Today we are going to study an exceptionally idiotic subcategory of the hearing-folk, the creepy bodybuilder! Crikey, what a terrifying monster!

What’s he saying? He’s diabetic? He’s eclectic? Oh no, oh no. He’s dyslexic? Oh no, oh no, oh no. I’m genuinely the most superficial person. I actually made a joke that he was illiterate to myself. What the hell is wrong with me? Who does that?

Holy, I’m the worst. How the hell am I gonna talk to the guy? I can’t leave now; I feel terrible. Okay, okay, what if l use Siri and have her say everything I type in for him? I’ll just read his lips to understand him, and have Siri speak the replies I’m giving.
I have an idea! Wait one second!

I’m gonna make us look like the weirdest couple in this cafe, and that’s saying a lot. Did I just say couple?

I can tell he’s laughing at the stupid automated voice. His eyes are all squinted up and shiny. He actually looks kind of…decent?

Eli. I like that name. It’s soft and sweet, two things I would never expect just from his appearance.

I hope he understands that I’m not actually speaking like a nineties frat boy. Siri’s delivery better be doing my joke justice.

This place really isn’t my usual scene. Everything is so expensive and honestly tastes horrible. I just don’t fit in with the eighty people slamming the keys of their MacBooks all at once.

He’s really nothing like I expected in the best way possible. Wow, I can genuinely connect with him. He hates this place just as much as I do, but somehow makes it fun. I haven’t felt like this in so long. Should I just take the plunge and ask him out?

Maybe we should try somewhere else next time?

Fifteen year-old Krishali Kumar attends Vincent Massey Secondary School in Windsor, Ontario. She writes as an outlet of self-expression, without the restraints that come with school assignments. Ironically, this piece was originally written as a class assignment.

This entry was posted on November 4, 2018 by Bryan Lindsey in Fiction and tagged coffee, deaf, essay, love, meetcute.