I Want to Make a Change 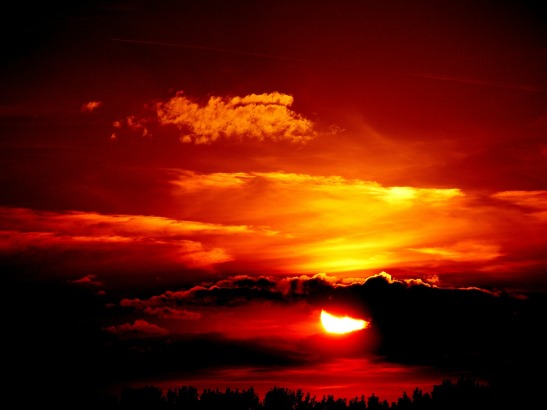 How often do you hear look up, hold up, get up, go up? All these words have something in common, and I am pretty sure you can recognize it. When I hear that phrase ‘look up’ I think of the most beautiful thing that my mum taught me how to understand, embrace, how to truly feel, a sunshine. During the time of complete sadness, I learned how to drain myself by looking at the sunset at the end of the day. I’ve made pretty strong bond with that 20mins performance that gets the day at its ending. It’s very impressive act, that happens every day, that most of the people don’t pay attention at, that makes you feel like no matter what amount of happiness or sadness  you gain at the moment, it will come to an end, and the new day will start, and by truly believing in the power of sunset, you will feel at least 1% fresher tomorrow. That’s the love that I have for the universe, and I feel thankful for looking up.

Its impressive how some small cells in your brain are preparing you for something pretty amazing in those few seconds between hearing your command and doing it. Which means people are being learned that all the beautiful, Impressive things are ‘up.’

I was showed, as a kid, those wonderful things and their meanings. Look up, there are fireworks, which means someone is celebrating something. Look up, there is a shooting star, make a wish.

So I knew what fireworks were, and I knew what shooting star was, because things like that were happy, carefree things that my parents wanted me to know.

As someone who has learned before that all the beautiful things are ‘up’ it was hard to understand why people aren’t really happy about all the fireworks that we see in the sky right now. Why are they screaming, crying, running and desperately trying to find protection? All of a sudden, the dreams of real happiness disappeared, making nonsense all the stories I’ve heard in my early days. I felt confused, at first. Shortly after, the strong thunder was going through my chest because my brain was trying to explain why fireworks are not the ones I should be happy for. I felt like my whole body was fighting with the fact that thing that was ‘up,’ looking and sounding like a firework, isn’t the one I was happy to see. And a few seconds after I felt amazed. I was pretty amazed by the fact that there are raw materials that can hurt as all, that we are afraid of, that we cannot beat, THAT I CANNOT CHANGE.

I was so small to carry anything except the toy I got from my dad. I was looking for protection I couldn’t get. I was trying to understand how bad I had messed up for getting in situation like this one. I mean, stealing a cookie didn’t look dangerous enough for bringing a war in my community, no matter how many times mum told me not to do it.

As a kid, I was pretty fat, and I remember my dad carrying me through all that chaos, feeling guilty for eating a candy a few minutes before it.

The dad was holding me, with no hope and no strength in his eyes, and everything else around me was completely the same. I was thinking about my mother’s words about sunshine. The focus was on ‘the sunset makes you feel like all the sadness or happiness you are feeling will come to an end, and the new day will start.’ But what will happen tomorrow?

We can still hear these cliché statements from some important philosophers that words are more powerful weapon than any other. But by growing up I started to understand that people in the world are investing a bunch of money and a bunch of time to reverse it, to make weapons that can kill thousands of people, that are hundreds of times stronger than people that no word can beat. But those things can’t go separate ways.

‘Mum, Laurel told me that I’m fat, and that’s why I wrapped her hair’.
‘Let’s kill dozens of people we do not know without having any word with them.’
Do you see where it messes up? It will never be something that people are born with, It’s something that is being learned in this crazy community. So that is where I want to make a change.

I want people to be aware of the strength of the words, and how important the impact they have on everyone. I want people to know that everything starts there, by saying what you feel in affect. Parents should embrace their children, talk to them and make sure they are connected with them in their entire life. Because they are the ones who can make the change. Everyone’s insecurities are the reasons of their delinquent behavior, and the revenge is most powerful weapon, so the community is spreading mean and negative thoughts. What will happen if people solve their problems and try to help other people instead of hurting them?

As an immature kid I wanted to hurt those people the way they hurt me, and all the other families, I wanted to wrap their hair, and hit them in the stomach. And during that time, I have been thinking, why should I hurt someone, when I can help entire community to get their children better people and not make them psychos who will be terrorists because of their mental issues.

And It was pretty obvious for me that doing something good for someone, giving advice or just small talk of happiness and support can make that person feel better, and it can make the whole community happier, which can truly make a change.

Marija Nikolic is seventeen years old and lives in a small city in Serbia called Leskovac. She loves writing because it is the only way for her to express her thoughts and show herself that she’s good at something people don’t really know about. She started to feel passionate about writing when she lost her father and decided to work on herself. Writing makes her feel always a step closer to the sunshine.

This entry was posted on June 30, 2019 by Alexis Melendez in Creative Nonfiction and tagged antiwar, change, hope, peace.