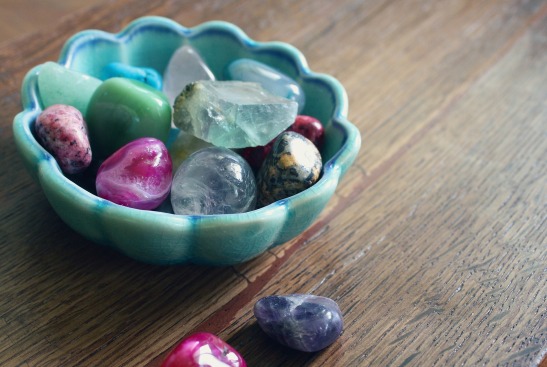 I find darkness with its mouth open, expanding. All sorts of thick, musky perfumes leaking from the crevices between its teeth. I had just cracked the door of Apartment 309, my eye catching a glimpse of name plate next to the door: “Resident: Weici ‘Virginia’ Wang.” The starchy polyester curtains are drawn closed, and the fluorescent white lights are turned down. In here, darkness prevails. I enter cautiously.

“Hi Virginia. I brought you some mail! Would you like me to read it for you?” Even though her head is turned away from me, I smile perkily, just like I was trained to do.

There’s no response. The rest of her small body is tucked under a mound of fleece blankets and white sheets, stiff as a board. The air is hot and still, nearly suffocating.

A thought dashes through my mind. I’m not completely sure if she’s awake – or even alive.

I remember the first time I saw that someone at the nursing home had passed away. Edna Mayer. Someone had stuck yellow caution tape around the door frame, set up a Caution: Wet Floor sign. As if the woman was a sloppy mess to be mopped up, a spill of water and blood and organs that had ceased to work. A set of frail, broken parts someone could accidentally walk in on and be horrified at. Even though I split my mouth in shock at the sight, Jackie is hardly fazed. She’s got lips thick as rosebuds, skin lighter than ice, a voice that carries. More importantly, she’s a year older, a senior in high school already, and she’s got another year’s worth of experience with watching men set up spill hazard signs and carry out old ladies in body bags.

“How’d you do that?” I ask. “Just walk past her room without staring or wondering or anything?”

She shrugs and slicks back a lock of hair that had slipped out of her neat ponytail. We’re barely five minutes into the start of our volunteering shift. Already, we’re delivering the residents’ mail just as we’re supposed to, click-clacking down the tiled hallways of the nursing home in our powder blue polos and skinny chinos. Outside, there is a lacrosse game on the field opposite of the building, little stick figures jetting across browned grass. A lady I’ve never talked to peers at the blurry jerseys and the ball’s parabolic trail, settles back into her wheelchair, and continues reading her newspaper. The hall is quiet. Jackie finally answers, “I’ve seen it happen a couple of times already. I guess you get used to it.”

I find Virginia awake when I come knocking the next Saturday. She calls, “It’s open!” A voice husky and sharp as gravel. She’s listening to an audiobook, the crackly sound cranked up as high as a convertible flying at 95 in a 60 miles per hour zone. The lights are on, although dimmed, and I can see her face. She’s the first Asian lady I’ve met in the nursing home. Sad brown lips, skinny almond eyes, yellowed face sunken inwards like canyons. Wrinkles that swing from her bones like Tarzan, and her face is nearly lost in them.

Soon enough I confess to her how relieving it is to meet an Asian resident in this white-washed home. Smiling, she tells me, “Asians like us, we got to stick together. Too white around here, all lookin’ to kick me out any chance they get.” She tells me, “Értóng, you call me Weici. Your hair too dark for any of that white “Virginia” crap anyway.” She tells me that she knows I’m Thai by the way my full name clunks around in her mouth as six unfamiliar syllables. As a combination of seventeen letters as foreign as my parents when they first stepped onto American land. Something about that makes her open up to me, I think.

Like all of the other old ladies I’ve met in this sticky place, Weici loves to hear stories and more so, to tell them. She’s practically blind and partially deaf, but that doesn’t stop her. She reminisces about the dotted fields of Taiwan, the cliffs that hurt to trace, skylines razor-sharp. Although unseeing, her eyes are alight and sleek even in the darkness, coals nurtured through the famished winter.

We talk about love, liver spots, her gemstone collection, parasites, her ex-husbands, raw fish. Above her bed is a map of the Earth, littered with red pins, too many to count. Taiwan, Ireland, China, Morocco, the Philippines. She can recall each trip with perfect clarity. I listen with my ear tuned to her mouth, emitting a frequency that makes it seem as if I am holding a world of tiny little lives in my hand. Each story lives and loves and bruises quickly. Each story lays a hand against my cheek as I imagine whole other cities, gutsy and smoke-streaked. She is the one who talks, I am the one who listens and asks questions. This is the way we orbit around each other.

It’s a dangerously bitter day in December when I finally bring up the present. Her family, her illnesses, her preference for darkness. When I do so, she laughs as if at old ashes, chipped teeth. With a crisp resignation.

“I got no family, értóng. I’m gon’ seven feet under and nothin’ can stop me now. I’m ready to go whenever Death comes,” and I can hear that the touch of softness in her voice has been wrung out. There’s only obsidian, cut like diamonds. Too dark to see or feel. Dissipating like smoke.

I twist my fingers, unsure how to respond. Nothing I’ve experienced has prepared me to respond to the solidity of this, of destiny. I imagine Weici’s carrying a rock she’s built with her own too hands. Igneous. And there’s no room for me to wrap my hands or head around it.

The story goes that Queen Scheherazade managed to save herself by ending each of her tales in the middle of the night and only just beginning a new one when dawn comes knocking. For one thousand and one nights, she laid awake in the king’s chambers, spinning tales rich as red wine. I imagine her: thick black hair swaying as she lights up, spilling self-fulfilling prophecies, lost treasures, treks to luscious places.

By the time I find Apartment 309 covered in yellow caution tape, Weici’s made it all the way to March, and I had been given twelve Saturdays with a woman who had become more of a grandmother to me than my own ever were.

I’m frozen still in the tiled hallways, carrying Weici’s mail. It’s a clothing catalog filled with pages of older women in crew neck pastel shirts and polyester slacks, cardigans tailored for the utmost “grandmother” look. Weici never wore any of that; she had racks filled with starched floral button-up blouses and silk pants and fur coats that made her feel greater than the four cinderblock walls she was trapped in. Greater than her crooked body, too damaged for her racehorse mind. In a way, Weici is Queen Scheherazade, turned grey and weathered as the years flew by. Finally allowed to rest after finishing her last story.

Everything in her room is just as it had been the last twelve times I visited. Pristine, orderly – but it was missing her. Without her, the delicate china bowls filled with gemstones seem dusty. The fish motifs look desperate, like they’re gasping for air from underneath a tidal wave. Without her, the eternal wave of the white maneki-neko she had saved from her now-closed restaurant in Chinatown seems eerie.

Behind me, Jackie pauses as she sees me standing, frozen underneath the door frame.

“Hey,” she says. She’s noticed the caution tape and the wet floor sign as well.

She stands next to me, watching the lonely gaudiness of the room. She opens her mouth like she wants to say something, but decides against it. It’s only when she leaves me alone does she say, softly, “You’ll get used to it, eventually.”

Weici had no family. Her emergency contact was a cousin, once removed. She had only written down his name because someone had to sign for the body, after all. Even if it hurt. Hurt to sign over her entire life to a cousin with an under-bite and skinny legs she had only met once. All her gems, all her starched floral blouses, her map of the world and all her red pins. Gone to a cousin with a smile fake as money burned on Lunar New Year. Thinking about it makes my teeth ache, something sweet gone rotten.

I spy the obsidian gleaming in her china bowl, undisturbed. I hold it up towards the windows, where the curtains are finally drawn open. Light leaks. No matter how I tilt the stone, it remains pure black, as deep and relentless as a shadow. It looks as solid and final as death, departure.

Sometimes I look back. I know now, over a year later, that I was wrong. That although Weici is gone, her death was not – is not – final. That a small part of her lives inside my head, just as all stories do when they are passed on from person to person. But her stories are not mine to tell. Tales about the time she hooked up with a cabby in Taipei in the middle of the street, under the glare of neon lights. About the time she joined an anti-war riot after the My Lai Massacre. How those played out will stay between just us two.

But lately, I’ve noticed that little bits and pieces of Weici’s stories and old memories have crept into my writing. A city with fluorescent lights at first. A Vietnam War veteran a little later. And now, Weici herself.

So this is me, writing to crack the obsidian stone I’ve stored in my head, trying to shatter it into tiny little pieces, to plant it as sentences and fragments of stories in the minds of other people. After all, stories can live and grow more than any human can – stories remember forever.

At the time this story was written, Parisa Thepmankorn was a senior at Morris Hills High School in Rockaway, New Jersey. The winner of the Hippocrates Young Poets Prize for Poetry and Medicine, she has also been recognized by the Scholastic Art and Writing Awards. Her writing has been published or is forthcoming in Transcendence Magazine, Cicada Magazine, Words Dance, and The Cadaverine, among others. She currently serves as a poetry reader for The Adroit Journal.

An excerpt and announcement of this story’s place in the contest was also published here, on Hypertext Mag, the site that hosts this contest and sister site of Hypernova Lit.